Two-way radio has the capability to receive and transmit radio waves. In simple words, it is an audio receiver and transmitter assembled in a single unit. They are commonly used in the entertainment industry, sporting events, and film shootings.

If you are in the market to purchase or rent two-way radios, then this blog would be of extreme use to you. We have created this draft to give you all details about this awesome device. This write-up also covers various aspects of two-way radios performance.

There are a lot of factors that affect the durability and performance of the radios. Moreover, the availability of various types of radios tends to make it difficult for buyers to make a proper choice. Don’t worry! We have created this draft to give you all-round information about the radios so that you can make a wise choice. This blog covers the benefits of using a two-way radio along with its types, and other details about the improvement of your two-way radio performance.

Let us start by looking at the various advantages of two-way radio:

Analog two-way radios are also called traditional radios. They are best for communicating in places with low signals.

Digital two-way radio is an advanced device with fast conversion speed. They have a sophisticated setup and can be used in crowded and remote locations.

Two-way radios that have simplex channels are built to function on a single channel. They have a simple architecture and are compatible with other modern two-way radios. Compared to others, they have a short-range or bandwidth and therefore, can be used in a limited range.

Whereas two-way radios with duplex channels can cover a wider range. They allow repeater operations and have better aerial locations.

A trunked two-way radio is built to pick the radio frequency automatically. Their inbuilt protocol guides and allows them access to channels. You can use it for multiple conversations on a single channel.

Improvingthe performance of your two-way radio

One of the most important components that assist you in performance enhancement is the antenna and is also known as the “rubber ducky”. Manufacturers compromise on the length of the antenna and thereby compromising the performance. So the question is how to improve the two-way radio performance via its antennas? Here are a few pointers that would help:

One of the most important factors that affect two-way radios performance is the range. You must always opt for the radio that offers a maximum range. One important thing to keep in mind is that they range ideally reduces in highly populated places and increases at remote locations. The basic reason is that there are fewer communication channels at remote or secluded places and the radio can offer maximum efficiency.

In normal circumstances, the number of channels would depend on the technology and the type of radio. The conventional radios can accommodate 8 to 16 channels. If you prefer to talk confidentially, then it is better to opt for licensed radios.

The type and quality of the battery would determine the length of utility for your radio. Most favored ones are lithium-ion batteries as they can last for about 16 hours and takes only three hours to charge fully. You can opt for a rechargeable battery if you wish you to use them for more number of days.

The basic purpose of this blog was to help you provide valuable insight into the two-way radios performance. We hope that you found this write-up use and enjoyed reading it.

Check out the awesome options from Production Radios for your radio requirements. Whether you are looking to buy or getting it on rent, Production Radios have got you covered. They offer a widevariety of options in portable mobile radios and audio accessories for the entertainment industry, sporting events, or film shootings. 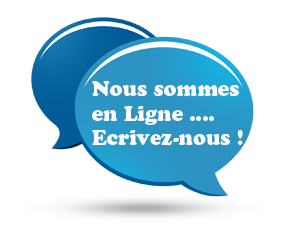